The ‘Economics Times’ in its issue of January 19th, 2011, carried an article titled, ‘The Great Indian Mobile App’. The article talks about the rapid growth of the mobile app market in India, and how in spite of the problems and the pitfalls, thousands of app developers are jumping on the band wagon. The article then discusses eight Indian apps that have made their presence felt. Nextwave’s ‘Comics Creator’ is one of the apps featured. Readers will recall that in September 2010, Nextwave Multimedia had won the Grand Prize in the Nokia Calling All Innovators 2010 worldwide competition for the Comics Creator app. 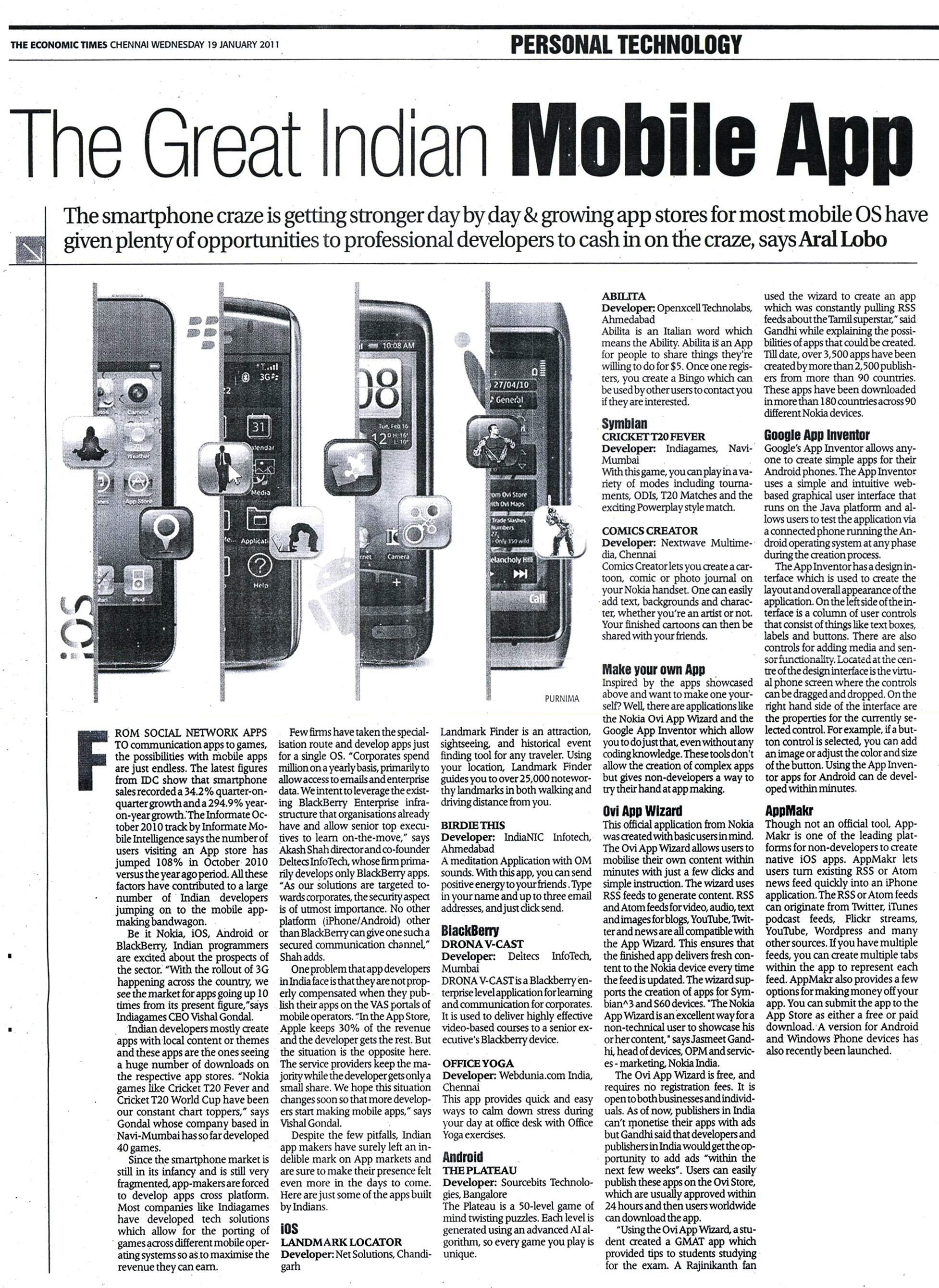